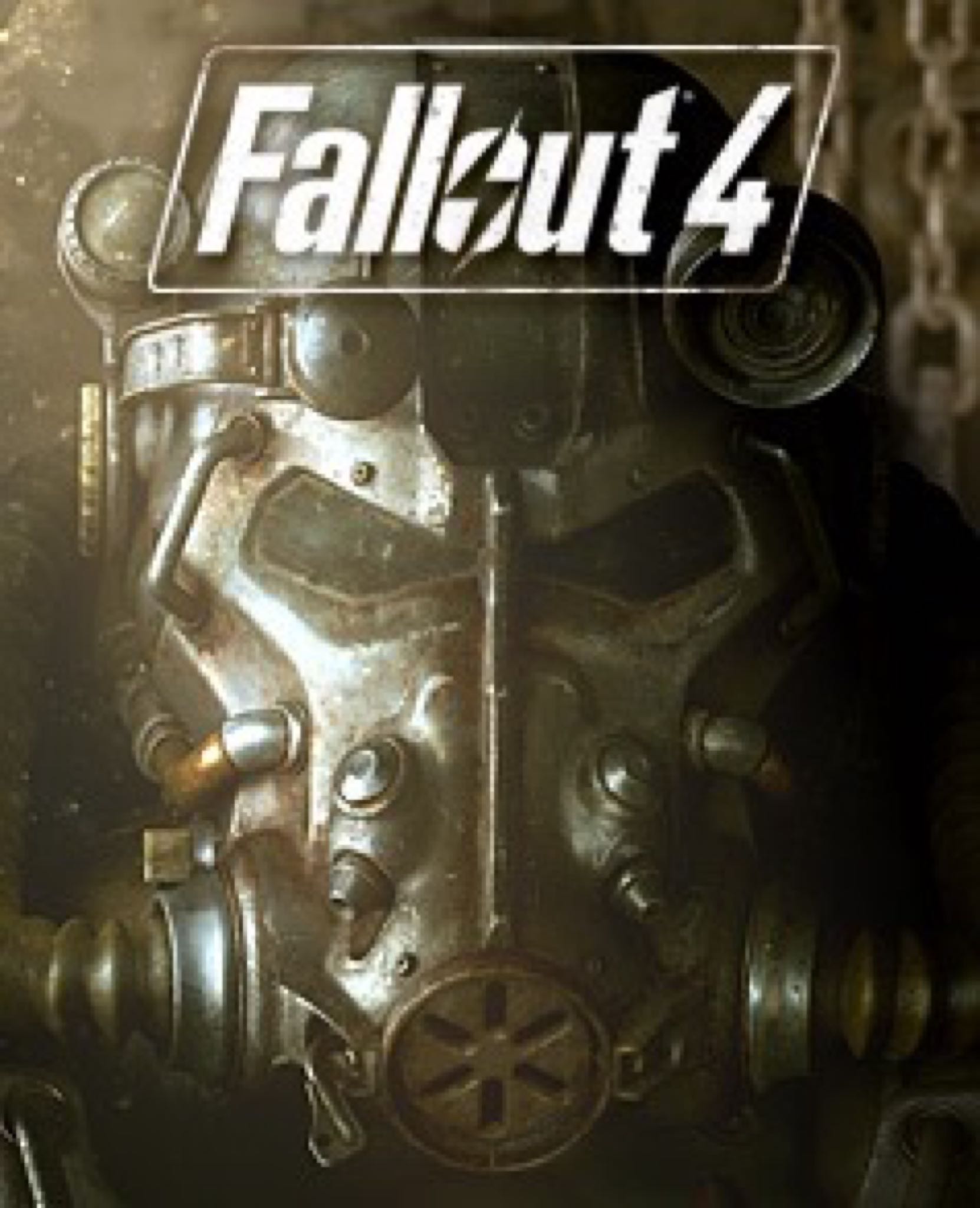 It wouldn’t be Fallout without a masked figure on the front, right?

Fallout is a series of many things; a deconstruction of classic science fiction, a direct homage to said classic science fiction, a now long running franchise that’s practically 2 decades old and so much more.  Above all, it’s a beloved series with an amazing and devoted fanbase.  Sure, there is much division over older and newer generations of games (which I myself will admit to taking part in); but we’ve had more than enough proof that fans have kept the spirit of Fallout alive.  Archive sites like the Nexus contain thousands upon thousands of mods, adding new features to the game or rewriting it in its entirety.  You may wonder what this has to do with Fallout 4?  While others have focused on traversing the world of the wastelands and following a story, this one allows you to customize the weird wastes ahead.  So, why do I praise it as a great game, but comdemn it as a poor Fallout title?  More ahead.  (Warning: Spoilers)

END_OF_DOCUMENT_TOKEN_TO_BE_REPLACED

Lemme start by saying that I am not a superstitious person, but it’s hard to deny some things in this world (let alone universe) defy our comprehension and will probably continue to do so for eons to come.  What could this be?  Alien beings, parallel universes, otherworlds seen in myth and legend?  Beyond the fantastical, we have theories of sinister organizations working underneath our thumbs, pseudo-government tyrannies run by companies, among other things. Sounds like science fiction and are probably inventions of creative minds, but what amount of truth can be found in those statements?  Sure, this is quickly starting to sound like the beginning of a poorly written creepypasta, but it does make one wonder.  Whether intended for plain old entertainment or an attempt to broaden our horizons, various bits of media have wondered what lurks within our own world, as well as what lurks beyond ours.  And beyond the media, such notions are ingrained into countless cultures around the world.  Even if it’s popular mythology, these stories continue to live and breath much like we do.  Let’s have a look at some examples I personally enjoy.

END_OF_DOCUMENT_TOKEN_TO_BE_REPLACED

I won’t deny it, I really enjoy the ideas of parallel realities, distant dimensions, entire planes of existence, and so on and so forth.  It’s one of the things that initially got me into comic books, as well as games such as Dungeons & Dragons (because Planescape is awesome.)  Truly, all forms of reality are at your finger tips with your imagination as the only possible restraint.  So with that, here’s some reasons why I would encourage the creation of a multiverse, whether for roleplaying games or for writing something else entirely.

END_OF_DOCUMENT_TOKEN_TO_BE_REPLACED

Admittedly, this came up after watching a recent editorial done by Nostalgia Critic on what he thought were the 11 best television intro sequences.  To some extent, I was in agreement with quite a few of them, since you’d think opinions are likely to overlap or connect in one way or another.  Back on topic, that list embodied what he felt best prepared the audience for the show ahead or helped to establish the general mood.  Or at the very least, got them excited for the rest of the 22/46 or so minute time slot.  Genre fiction works in particular inject that sense of ambiance and expectation within the intro, so that way viewers can get immersed into the world as soon as the show truly begins.  So with that, here are 10 of my personal favorite openings to sci-fi and horror themed TV shows!

END_OF_DOCUMENT_TOKEN_TO_BE_REPLACED

Jurassic World, to many, is the sequel we’ve been waiting to see.  Following the footsteps of the first movie (and retconning the 2nd and 3rd out of existence), we see the park back and better than ever after rebuilding from the disaster that happened 20 years ago.  However, the park is bigger and better than ever, being more so a theme park than the original model.  Attractions and shows operate throughout the theme park, but yet the crowd demands more.  The result is a superior hybrid called the “Indominus Rex”, the ultimate hunter.  Through some adept cunning, it gets loose and mayhem is wrought on the park soon after.  So, how does it stack against the classic?  Is it one for the records or is it better remaining buried deep?  Let’s have a watch and find out!

END_OF_DOCUMENT_TOKEN_TO_BE_REPLACED

Presenting one of the most parodied spoilers in the history of fiction!

Fallout 4’s confirmation brought waves of excitement all across the internet.  People active in the fandom and even people outside of it cheered upon hearing the new title being teased just a couple of days ago.  As for myself?  I had a mix of cautious optimism and the kind of cynicism a curmudgeonly old fart would have, but none the less a renewed interest in Fallout, if not the post-apocalyptic genre.  Granted, the newest entry in the Mad Max franchise helped too.  And while I’d love to focus on Fallout games more than I already have, I just want to ponder about the genre as a whole; metaphors, cautionary tales, and tropes of course.  While this started as a rambling rant (much like my chaotic “review” of HATRED), this became another longwinded look into some aspect of speculative fiction and the media by yours truly.  So, let’s ride into the atomic sunset and soak in some healthy radiation once more!

END_OF_DOCUMENT_TOKEN_TO_BE_REPLACED 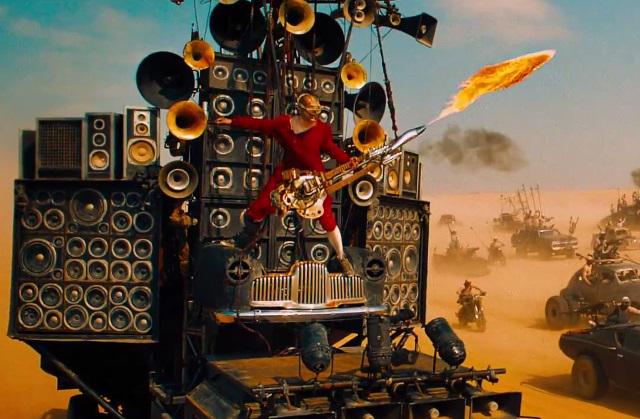 Greetings from the untamed waste, my good prospectors and bandits!  The summer blockbuster season has only just begun as we’ve seen a couple familiar faces either be teased (i.e. Jurassic World) or make their way to theatres everywhere (i.e. Avengers, Poltergeist).  Among those beloved franchises is one that has stood the poisoned sands of time, Mad Max.  Despite speculation over being a reboot or sequel, George Miller himself described it as more a return to the universe’s mythology instead.  As to how this film fits in the series, it’s left relatively vague.  In fact, the date the series take place has been altered by speculation and retcon alike.  Likely picking up somewhere after Thunderdome (since it’s not really described when), this film focuses on Imperator Furiosa’s rebellion against tyrannical leader and slaver, Immortan Joe.  In fact, while Max gets plenty of time to explore how his character continues to handle the empty Outback, Furiosa’s story takes center stage.  So, how does the film handle?  Well, let’s take some war rigs down Fury Road and find out!

END_OF_DOCUMENT_TOKEN_TO_BE_REPLACED

While I had originally planned to do a review this week, a bit of news had changed that.  Just recently, Fox Media had confirmed rumors and speculation about a new X-Files series.  While Carter had both planned to make another movie after the lackluster 2008 film, “I Want to Believe”, there hadn’t been much news outside of fan speculation.  Fast Forward a couple years and the series was officially continued through the limited-series of comic books aptly named “Season 10”.  But even then, this was more so a gift to the fans rather than continuing the ongoing series.  That said, we have at least 6 new episodes of the television show to look forward to.  However, I’m not here to focus on the upcoming series so much as look back at the classic series.  Or rather, I’m here to look at ten of my favorite episodes!  Some are amazing, some have been panned by critics, and some are just wonderfully weird.  As you’d expect, there is probably an amount of overlap with what other fans have said.  But hey, there’s plenty of episodes worth remembering by a large group of people.  One more thing!  While I tried to avoid a lot of spoilers, there are still quite a few ahead, so take heed if you haven’t finished the series yet.  More after the jump.

END_OF_DOCUMENT_TOKEN_TO_BE_REPLACED 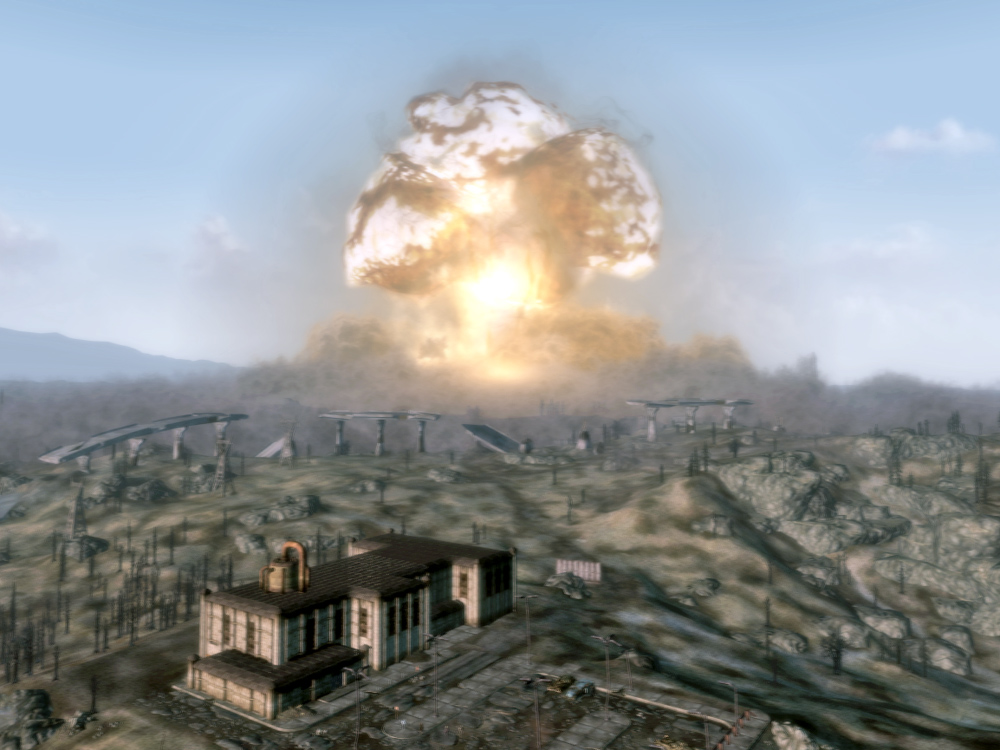 For those who remember, a couple of my reviews have had somewhat subtle digs at Fallout 3, Bethesda’s reboot of the Fallout series.  This game helped to bring the series back into public eye with a different setting, an advancement of the timeline, and new mechanics to play with.  Instead of continuing plotlines taking place on the west coast United States, focus was shifted towards developments on the east coast, particularly the “Capital Wasteland.” But, as I’ve mentioned, I have been rather critical about parts of it. And for a while, I even hated the game. Admittedly, it’s on the bottom of my Fallout list (next to those spin-off games shoved into the strictly non-canon section.) However, after returning the the game, I can’t say I really hate it anymore. Of course, there’s much more to it than just that.
END_OF_DOCUMENT_TOKEN_TO_BE_REPLACED

Like countless other walking slabs of flesh and sentience, I ponder about some rather macabre subject matter.  Among those topics is the “end of the world” or “the apocalypse.”  This speculative pondering even has a genre dedicated to end-times shenanigans.  Countless theories and ideas provide the backdrop for countless stories that take place after the end.  So, my question is this; why do we love the post-apocalyptic genre so much?