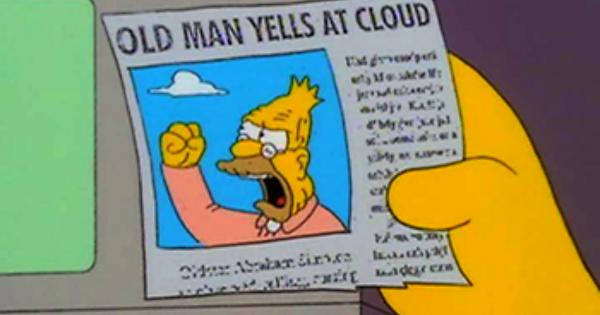 Around last year, I discussed something I referred to (in a tongue-in-cheek manner) as “The Drizzt Effect.”  Long story short, an out of the blue concept becomes popular… too popular.  Suddenly, everyone wants to play as this character in other peoples’ games.  However, I’m not going to be talking about D&D that much here.  This time, it’s more so about the gaming community (while reflecting on and poking fun at my take on things.)

Overall, last year had a mix of satisfying releases and disappointing ones, as does any year.  I personally enjoyed Witcher III as a well done follow up to its predecessors (as well as an adaptation of the novels.)  While the hype train almost deterred me a little, I decided to challenge it on its own merits.  Overall, a satisfying game, even if Geralt is kind of Batman.  Now, can I say that for all the following games I had adverse reactions too?  Heavens no!

As I’ve said in another post, fandom tends to ruin things for me.  I’m a bitter old soul who becomes unnerved by too many screaming, celebratory voices.  Beforehand, it was Five Nights at Freddy’s.  The series itself is okay in my opinion, not particularly engaging or fun, I did like the first game at the time it came out though.  At first the lore caught my attention, at the very least as a well written creepypasta.  Then the relentless waves of how amazing it was surged everywhere.  I couldn’t escape absurd and esoteric theories, strange fan works among other things.  In a sense, I’m an angry hipster who hates when things get popular.

Perhaps none highlight this more than Undertale.  When I first heard about it back early Fall, I found it to be a charming homage to Earthbound and various other classic RPGs (particularly from the earlier 1990s.)  I had my fun, but the game didn’t really stick with me too much (even after going through a non-violent run.)  So, I packed my bags and decided to check something else out.  No harm done.  Then the floodgates open.  From the Hellscape that is Tumblr, dank memes and jabbering shoggoths emerged from the woodwork to shout at the world the glory that is that game.  I repeated my cycle of quickly becoming a jaded old man.  Returning, I had come to see a game that’s not as “hard” and “deep” as I initially considered (or at least, as others had said.)  I found the game more shallow and lacking the humor and depth I originally thought it had.  I also booted the game to do a “genocide run” out of spite.  And so, I enjoyed the tears of feels-filled fans, as being a very petty and vindictive gamer can be fun all its own.  Now I’m at the point where I roll my eyes and move past.  But, that is the cycle of hype backlash for me.  While I don’t care about what I consider a charming yet mediocre homage anymore, I’m sure something will earn my very petty ire.  This all depends, what are waves of rabid fans going to clamor about next?

Hype.  There’s a word with a lot of connotations and consequences, right there.  To an extent, everything receives it.  It’s all a part of spreading ideas and communicating.  We share what we enjoy, it’s what we as people have done for ages.  To borrow from Dawkins’ theory on the ‘meme’, popular ideas spread almost like a virus and eventually evolve too.  And while it’s great to see something you’re passionate about spread all over the world, a saturation point is inevitably reached.  At a certain point, the joy and fun of whatever is popular becomes robbed for many… and this assumes they were invested in the idea to begin with!  For those who never cared, it can range from a minor groan and eye roll to agonizing frustration at almost every turn.  For this reason, we have a page on TVTropes called “Hype Backlash.”  While you could say that everything will always receive “THE HATERS”, things go a little bit deeper than that.  Let’s dive into it, shall we?